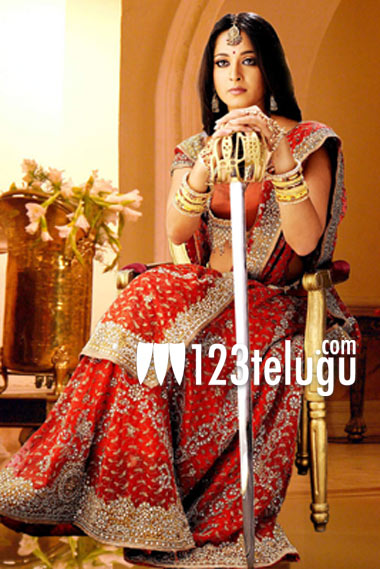 Anushka is happy with the reception she got for ‘Dhamarukam’,a socio-fantasy flick starring King Nagarjuna. This Mangalore beauty will work next in ‘Rudrama Devi’, a period film that Guna Sekhar is going to direct. Speaking to the media Anushka said that Rudrama Devi is an integral part of Telugu culture and history. She went on to say that director Guna Sekhar narrated the story line in great detail and that she had to do extensive research for her character.

The actress revealed that she is even learning how to fight with a sword and to ride a horse for the role. ‘Rudrama Devi’ will go on floors around April next year. Anushka will next be seen in ‘Mirchi’ where she is paired opposite Rebel Star Prabhas.