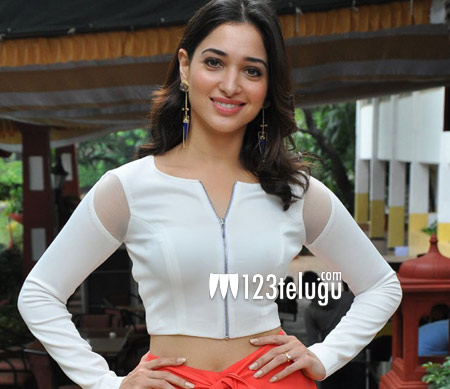 Gorgeous beauty Tamannaah is currently awaiting the release of Okkadochadu, the Telugu version of Vishal’s soon to be released action entertainer, Kaththi Sandai. The actress interacted with the media recently as part of the film’s promotions.

In her reply to a question on acting in award winning movies, Tamannaah said that she never acts for awards and that she finds it amusing when filmmakers tell her that she will surely win an award for a particular role. Tamannaah further added saying that no actor gets a kick receiving an award while the movie fails to mint money at the box-office.

However, Tamannaah also insists that she won’t accept characters that are merely showpieces and only exploit her glamour instead of her acting prowess.