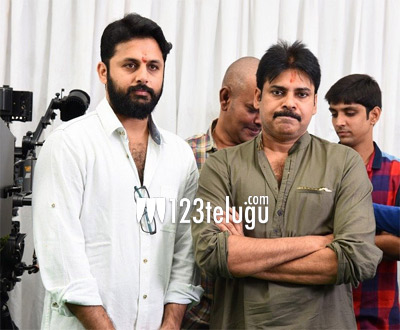 That hero Nithiin is huge fan of Powerstar Pawan Kalyan is a well-known fact. During one of the promotional interviews for his recently released 25th movie, Chal Mohan Ranga, Nithiin said that he is always ready if Pawan asks him to campaign for Janasena. Needless to say, Nithiin’s statement led to a speculation in a section of media that he will join Janasena in future.

Finally, Nithiin opened up about his statement in detail in his interview with a popular Telugu news channel today. “I said I will travel with Pawan sir in politics if he calls me. That doesn’t mean that I am interested in politics. Also, I don’t think Pawan sir will need my help in politics,” clarified Nithiin.