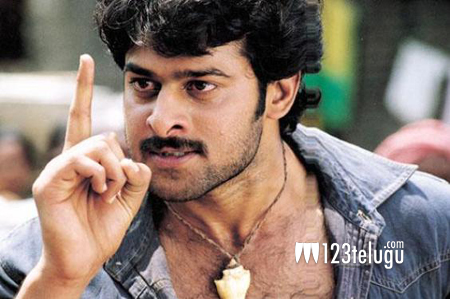 Young Rebel Star Prabhas has got his stardom with Chatrapathi and he has a special place in his heart for the movie. It was also one of the biggest hits in Prabhas career and several of his films released later had that movie’s effect. Speaking on an occasion Prabhas said “I put same amount of effort and hard work for every movie, However Chatrapathi’s characterisation demanded a lot of energy from me. I had to struggle a lot to complete one song and four fights and had faced immense pressure during that time”. Now Prabhas and Rajamouli’s combination is back with Bahubaali which is currently under production.

Already Prabhas has put in a lot of effort to sculpt his body to meet the physique of a warrior. Going by few of the shooting pics we can see that he is doing a lot of risky stunts in the movie which surely might induce lot of physical strain to Prabhas. Let’s hope the hard work pays off