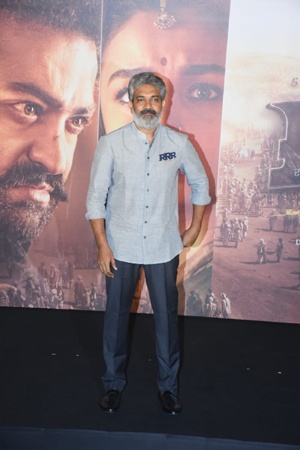 Rajamouli is busy promoting his new film RRR in a big way. The Tamil pre-release event was held yesterday and it was a grand success.

Rajamouli spoke high about Charan and said that he comes with a very open mind and allows the director to take over and guide him.

He also added that he has never seen such a secure actor like Charan in his career ever before. Charan became a bit emotional with his statement and huge Rajamouli right away.