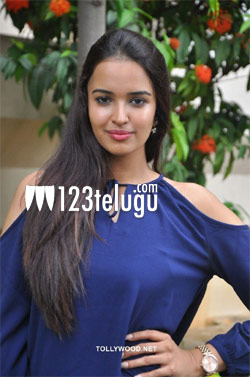 Poojitha Ponnada, the Telugu-speaking actress who had played key roles in Rangasthalam and Darsakudu in the past, is gearing up for the release of her new film, Seven, a romantic thriller starring hero Havish and five other young heroines. This Nizar Shafi directorial is hitting theaters on June 5.

In a latest interview while promoting Seven, Poojitha revealed that her role in the film will be quite suspenseful. She also opened up about the liplock scenes that created quite a buzz when the film’s trailer and songs were unveiled a few days ago. While Havish will be seen locking his lips with all the five actresses, Poojitha claims that she is the only actress who didn’t kiss Havish in Seven.

Apart from Seven, Poojitha has a couple of exciting projects in her kitty and one of them will feature Keerthy Suresh as the main lead. Poojitha says that she is also game for negative roles.