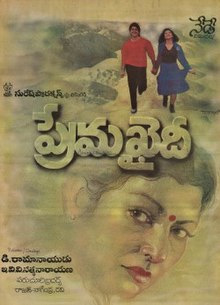 Prema Khaidi was a film that changed the careers of many. The film was a raging hit at the box office and put director EVV Satyanarayana on the top pedestal in Telugu cinema.

The film was produced by Suresh Productions and is still one of the biggest hits in the banner. Starring Harish and Malasree, this film also had Sarada in a key role. The film has completed 30 years today and is still afresh in the memory of many.

The hard-hitting love story was appreciated for its drama and solid dialogues. It was later on remade in Hindi with star daughter, Karishma Kapoor making her debut.