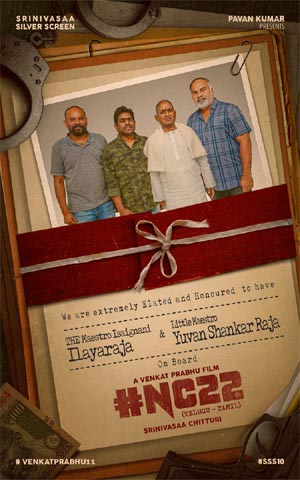 Earlier today, we reported that Naga Chaitanya is going to romance Krithi Shetty in his next movie. Directed by Venkat Prabhu, the Telugu-Tamil movie has another interesting update to unveil.

The makers of the movie have officially announced that the star music director Maestro Ilaiyaraaja, and his son and music composer Yuvan Shankar Raja will compose music for the film. The makers have also announced the same on social media.

Produced by Srinivasaa Silver Screens, the movie will commence its regular shoot very soon. More details of the bilingual movie will be unveiled in the coming soon.

It only gets more exciting than ever before🔥