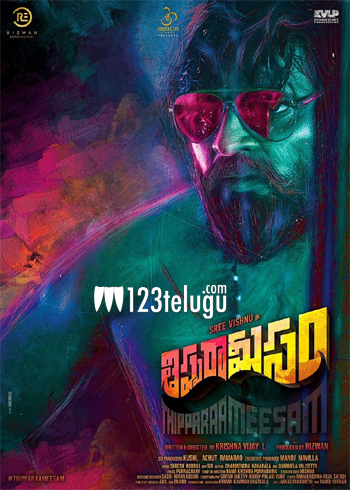 The makers of hero Sree Vishnu’s upcoming film, Thipparaa Meesam, unveiled the film’s first look this afternoon. Sree Vishnu’s makeover in a rugged avatar with a thick, long beard and mustache and the overall design are quite impressive in the first look poster. The broken glasses worn by Sree Vishnu create the intrigue factor.

Thipparaa Meesam is an action drama being directed by Krishna Vijay L of Nara Rohit’s Asura fame. Nikki Tamboli and Rohini are the female leads in the movie. The film’s shooting has been wrapped up and the post-production work is underway at the moment.

Thipparaa Meesam is being produced by Rizwan under Rizwan Entertainments banner. The makers are planning for an early summer release. Kushi and Achut Rama Rao are co-producing the film. Suresh Bobbili is the music composer.