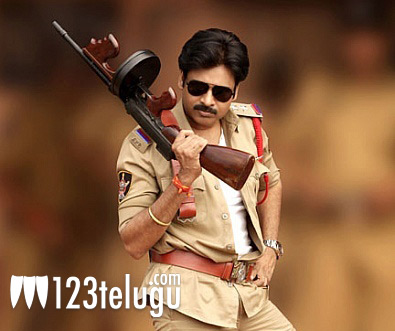 Power Star Pawan Kalyan’s mass action entertainer ‘Gabbar Singh’ is in the final stages of production and the movie is doing brisk pre-release business. The expectations on the movie are high and the teaser has created an intense buzz in the market. We have received reports that the satellite rights of the film have been picked up for a very fancy price of around Rs. 6 Crores by Gemini TV.

Harish Shankar is the director of this movie and Ganesh Babu is the producer. The movie has Shruti Haasan in the female lead and the film is on track for a May 9th release. Devi Sri has composed the music for the movie.