Impressive role for Kabir Bedi in Gautamiputra Satakarni
Published on May 10, 2016 11:41 pm IST 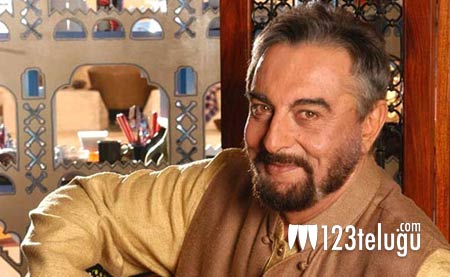 Well known actor Kabir Bedi is playing an important role in Nandamuri Balakrishna’s ‘Gautamiputra Satakarni. The renowned actor will be playing the negative role in the movie and his characterisation will be quite impressive.

Kabir Bedi will be given a larger than life image, regal costumes and a very rich empire in the movie. He is said to be playing the role of Nahapana, the king vanquished by Gautamiputra Satakarni. Shooting has commenced in Morocco and action sequences will be shot there for over three weeks.

Shooting will then shift to a specially erected set in the outskirts of Hyderabad. Krish Jagarlamudi is the director of this movie and Devi Sri Prasad is composing the music. The film is being produced by Rajeev Reddy and Sai Babu Jagarlamudi.