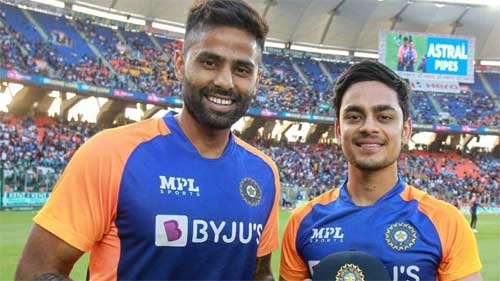 Pushpa has become this huge hit. In a way, the film has become a bigger hit in Hindi than in Telugu. The songs have also caught on big time and have now impressed the Indian cricket team as well.

Star cricketers, Ishan Kishan and Surya Kumar Yadav were seen dancing to the Srivalli song from Pushpa. They are also doing the signature step where Allu Arjun leaves his slipper behind in the song.

This only proves what kind of a craze Allu Arjun has in north India has. Pushpa 2 will start rolling from the month of March this year.