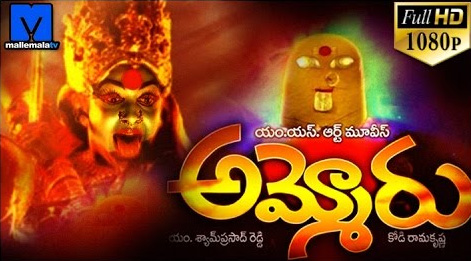 If there is one film that is always considered to be in the top slot of Telugu films ever made, then Ammoru will definitely feature in that list. Not many know but the Ammoru was India’s first-ever film with Computer Graphics.

Produced by Shyam Prasad Reddy, the film was directed by Kodi Rama Krishna and went on to become a blockbuster hit at the box office. The makers put in heart and soul in making this highly technical film which is considered as an inspiration even for the likes of Rajamouli.

Ammoru had Soundarya and Ramya Krishna in lead roles and was made with very high technical values in the ’90s. The director, Kodi Rama Krishna, in many of his interviews, has said that he had to read several books on CG to understand the magnanimity of the graphics in the film.

A number of foreign technicians worked on the graphics of this film which were executed in London especially. The film won the Best Actress Filmfare Award for Soundarya and also won two Nandi awards for Telugu dubbing and best Child artist.

Released in 1995 on November 23rd, the film completes 25 years today and is even fresh in the memories of many. Sri composes music for this film which also had Babu Mohan and the late Rami Reddy in key roles.