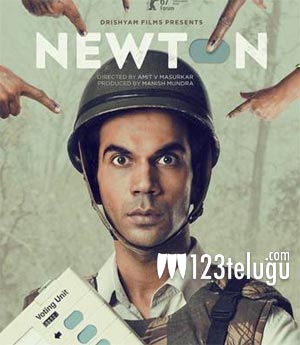 Rajkumar Rao starrer Newton, which was chosen as India’s official entry to the Oscars, has landed in a controversy. Ever since reports began to emerge that the film has striking similarities with that of a 2001 Iranian film “Secret Ballot”, people have been questioning whether it’s worth sending to the Oscars.

Already, the issue has turned into a hot topic in Bollywood, with several movie buffs expressing statements that they feel cheated that a film that they immensely loved is actually inspired from another film. However, the film’s director Amit V Masurkar denied all these claims and stated that he didn’t copy the film from another source.

Meanwhile, acclaimed filmmaker Anurag Kashyap came to the film’s defence on Twitter saying, “Newton is an award winner from Berlin Fest and I can promise you those curators watch more films in a year than rest of us do in a lifetime.” Not just that, he also took a dig at all those alleging that the film was copied from an Iranian film, saying, “Newton” is as much a copy of “Secret Ballot” as The Avengers is of Watan Ke Rakhwale.”