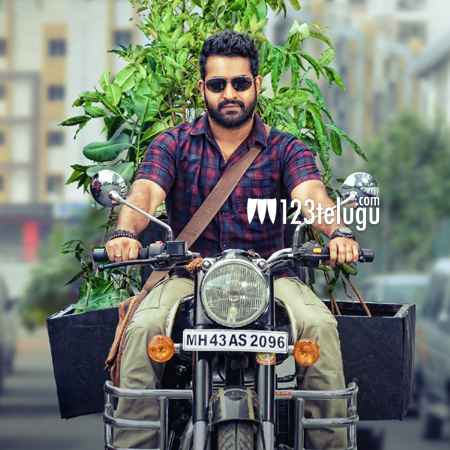 Nothing beats a well-packed commercial entertainer laced with a strong social message. And looks like Koratala Siva has become an expert in making such movies. After the socially relevant and entertaining Mirchi and Srimanthudu, the director is coming up with yet another responsible film, NTR’s much awaited Janatha Garage.

Janatha Garage’s trailer was released during the film’s audio launch event, which was held a couple of days ago. The trailer showcases the film’s hero NTR as a youth who loves plants and nature.

Inspired by this, NTR fans have launched an online campaign by trending the #JanathaGarageChallenge hashtag and posting there pictures while planting saplings. Apparently, this innovative yet noble plantation drive is the brainchild of Janatha Garage’s lyricist Ramajogaiah Sastry.

Needless to say, these positive vibes will only increase by leaps and bounds after the film’s release, ultimately resulting in a better ecosystem.