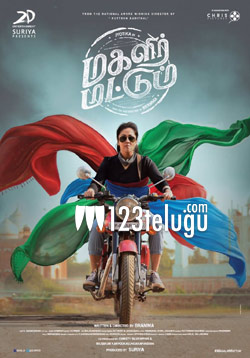 It is a known fact that Jyothika is doing a female oriented film in Tamil. The latest we hear is that as the film is nearing its release, the makers have come up with a unique promotional campaign.

One lucky lady would be selected from every show of the film being screened and she will be gifted a free Saree. This promotional campaign will be on only for the first three days of the film’s release.

Titled Magalir Mattum, this film is up for a release on September 15th. Jyothika plays the female lead which also has Bhanu Priya in an important role.