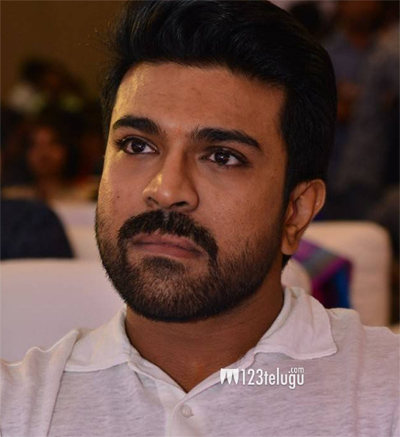 We were the first ones who revealed that the title and first look of RC12 in the direction of Boyapati will be out on the 19th of October as Dusshera special.

Now, the latest gossip which has caught on all over the social media is that the film might be titled State Rowdy. Incidentally, Chiranjeevi did a film in the 90’s which also had the same title.

Now, as the Ram Charan starrer is a mass action entertainer, the makers are considering this as the one of the film’s title. However, an official confirmation is yet to be made in this regard.