Interesting title of Vijay Devarakonda’s next revealed
Published on Sep 17, 2019 10:53 am IST 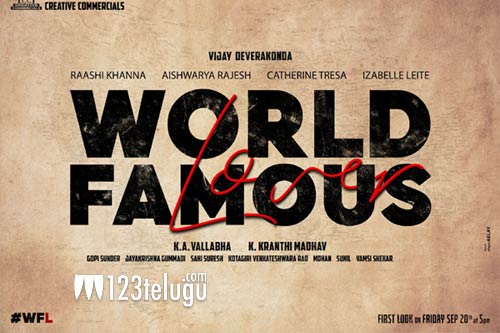 It is a known fact that Vijay Devarakonda is doing a film in the direction of Kranthi Madhav and the movie is in its post-production mode.

The latest we hear is that the film has been titled as ‘World Famous Lover‘ which is quite unique and interesting.

The film is a romantic drama which has Raashi Khanna, Catherine Tresa, Aishwarya Rajesh, and Izabelle Leite as the female leads. KS Rama Rao is producing this film which will be out soon.