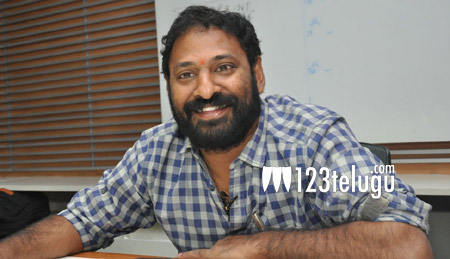 Srikanth Addala is one director who is different from the rest. All his movies are full of life and lined up next is Mahesh Babu’s Brahmotsavam. On the eve of the film’s release, we caught up with him for an detailed interview. Let’s see what he has to say.

Q) Firstly, why has this film been delayed a bit ?

Brahmotsavam had a huge star cast and it was quite difficult for us to get the combined dates for crucial scenes from all the stars.

Q) Do you think such huge star cast and supporting artists were necessary ?

Yes ! Our story is based amidst a rich family in Vijayawada and its surrounding areas. So it was quite necessary that we have these stars playing crucial roles in the film.

Q) You are directing Mahesh for the second time, What difference do you find in him after SVSC ?

Mahesh has become a even better person now. More than his star status and charisma, he is a simple and humble human being. I draw huge inspiration from such people. Also, he is a director’s actor and does what we ask him to do without any inhibitions.

Q) What was the biggest challenge for you during the making of this film ?

Believe me, I never felt any thing as a challenge. Once Mahesh approved the script everything fell into place automatically. Even if I felt some tension and pressure, I used to shrug it off after seeing Mahesh’s positive attitude.

Q) All yours films do not have much story line. Why is that so ?

Nothing like that. All my films are based on human emotions and how they behave during certain situations. This itself forms a story line and goes with the flow.

Q) How was it working with Thota Tarani ?

I didn’t knew much about him initially. But once I started working with him, I knew his greatness. The way he has lit up the sets and has done the art work will be the major highlight.

Q) Will you ever make hardcore commercial films ?

As of now, I am happy doing some feel good films. But surely in the future, I will do different films as well.

Q) So after seeing the final output, how do you feel ?

The film has come out exceptionally well and I am very confident that everyone will surely love our film.