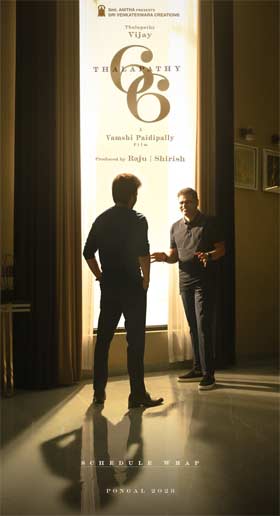 After Beast, the expectations on star actor Vijay’s next film have been increased. The actor will be seen next in a bilingual project, tentatively titled Thalapathy 66, under the direction of Tollywood director Vamsi Paidipally.

The gossip is that the movie got a title. The news is that the makers have finalised the movie’s title as Varasudu in Telugu and Varissu in Tamil. The buzz is that the same title will be announced on Vijay’s birthday.

Popular actress Rashmika Mandanna is playing the love interest of Vijay in this biggie. Produced by Dil Raju under his home banner Sri Venkateswara Creations, the movie has Thaman’s music. The regular shoot of the movie is currently happening in Chennai.