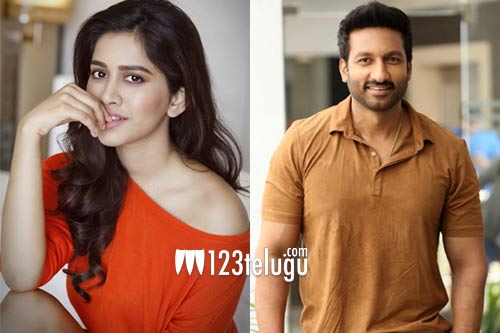 An official announcement regarding Lakshyam and Loukyam actor-director duo Gopichand and Sriwass’ hat-trick film was made. Touted as a family entertainer, the film is being produced by Vishwa Prasad TG and Vivek Kuchibotla under People Media Factory banner.

Now, the latest buzz reveals that iSmart Shankar girl Nabha Natesh is under consideration for the female lead role in this as-yet-untitled film. We will have to wait until the makers come up with a formal announcement in this regard. Nabha will soon be seen in Nithiin, Tamannaah-starrer Andhadhun remake, Maestro.