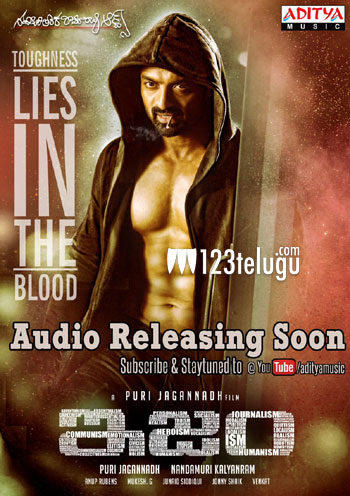 After getting a solid response for the recently released poster in which Kalyanram was seen sporting six-pack abs for the first time, the makers of ISM are gearing up to release the film’s first video teaser.

ISM’s first teaser will be unveiled this evening at 5 pm on the occasion of Vinayaka Chavithi. This intense action entertainer is being directed by Puri Jagannadh and produced by Kalyanram himself on his NTR Arts banner.

Aditi Arya is the film’s leading lady. Ism is expected to release in October.