Itlu Maredumalli Prajaaneekam starts on a dull note
Published on Nov 26, 2022 11:00 am IST 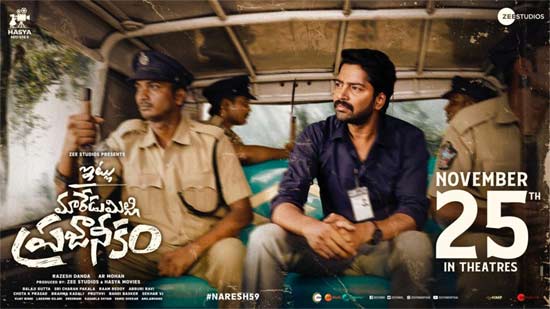 Allari Naresh has changed his route now and is doing content based films. His new offering is Itlu Maredumalli Prajaaneekam which was released yesterday to a passable word of mouth.

But as the film is a serious drama, the occupancy and collections have been low. As per the trade the film has made only 27 lakhs net on day one in the area of Nizam.

These are low collections and the weekend should be strong so that the makers would feel safe budget wise. The post theatrical rights of the film have brought good money but the theatrical revenu will be a test for the team. Let’s see what happens.