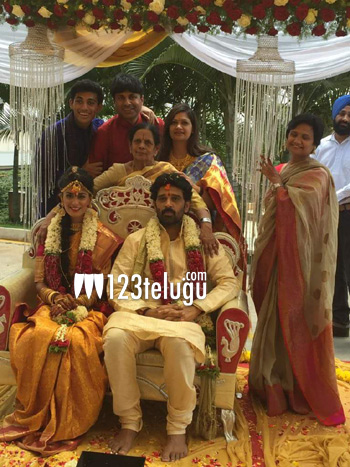 Popular actor JD Chakravarthy tied the knot with actress Anukriti Govinda Sharma yesterday in a private ceremony that was attended by the couple’s close friends and family members.

Apparently, JD’s mother Shantha was instrumental in convincing the 46-year-old actor who was reluctant to get married until last year and kept on saying in most interviews that he won’t go the family way until he attains maturity.

Anukriti acted in RGV’s controversial film Sridevi, which is yet to see the light of the day.