It’s official: Balakrishna to produce his next with Boyapati Srinu
Published on Dec 22, 2018 12:10 am IST 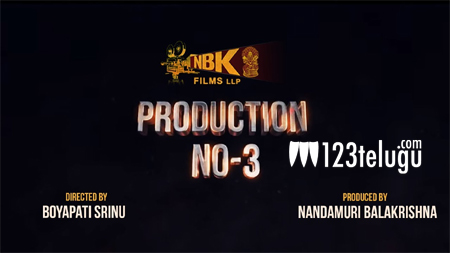 The suspense on Nandamuri Balakrishna’s next film after NTR biopics’ release has come to an end. A short announcement video was released at NTR Kathanayakudu’s audio launch event and it was made official that Boyapati Srinu will direct Balayya’s next.

Interestingly, after NTR Kathanayakudu and NTR Mahanayakudu, Balakrishna will also produce his film under Boyapati Srinu’s direction. The film will go on floors in February, in the auspicious Maghamasam season.

Balayya and Boyapati Srinu had earlier given two blockbusters in the form of Simha and Legend. Needless to say, expectations on their third collaboration will be humongous. Stay tuned for more updates.