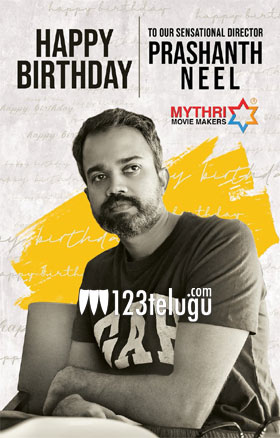 Kannada director Prashanth Neel’s name became popular all over the nation after the sensational success of KGF. He is currently shooting KGF’s Chapter 2. The director is celebrating his birthday today.

On this occasion, noted Telugu production house Mythri Movie Makers unveiled a poster conveying birthday wishes to Prashanth Neel. On the poster, it was written, “Happy Birthday to our sensational director Prashanth Neel”. This indicates that the director has committed to a project under Mythri banner. More details regarding the film are yet to be known.