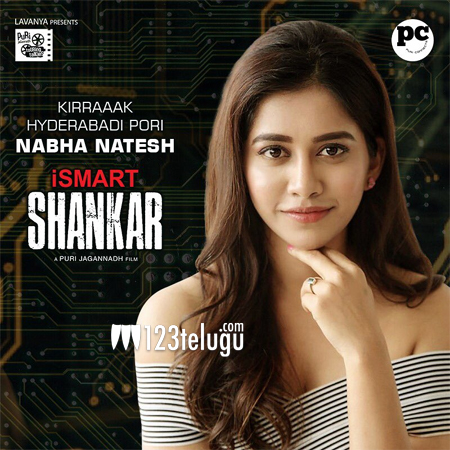 We were the first ones who revealed that Nabha Natesh is in talks for the Puri-Ram film which has kick-started its shoot recently.

The news now is that she has been officially confirmed as the other lead in the film. This is a good break for Nabha who is on the rise in Tollywood.

Apart from her, Nidhi Aggarwal is also cast as the heroine in this film which is an action entertainer. The film has music by Mani Sharma and Hindi actor, Puneet Issar is doing a crucial role.

Puri and Charme are co-producing this film which has Ram in a stylish avatar.