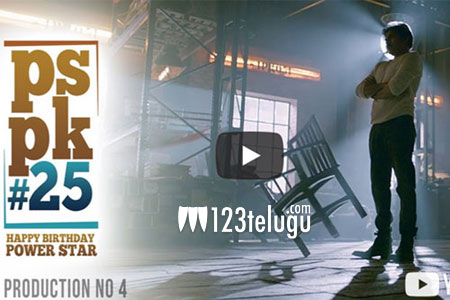 There has been an intense speculating over the release date of Power Star Pawan Kalyan’s highly-anticipated 25th film. This morning, the makers unveiled a short musical teaser ‘Baitikochi Chuste’ featuring Anirudh.

At the end of the teaser, the makers revealed that the film will be released on January 10, 2018. This means that PSPK25 too has joined the Sankranthi clash. Already, Mahesh Babu’s Bharath Ane Nenu, Ram Charan’s Rangasthalam 1985 and the Balayya-KS Ravikumar film are slated for Sankranthi release.

PSPK25, titled Agnathavasi, is being directed by Trivikram and produced by S Radha Krishna. Anirudh Ravichander is the film’s music composer. Keerthy Suresh and Anu Emmanuel are the leading ladies in this film.