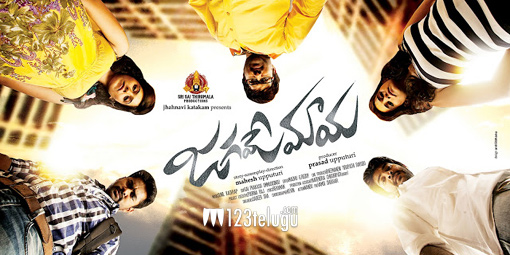 A new movie titled “Jagame Maya” is gearing up to hit the screens shortly. The title looks quite peculiar and you need to have guts to attempt a movie with such a title. The first look teaser has been released recently and the response to the first look teaser is making a lot of difference these days and the production team is confident that their teaser has been received well. The central theme of the movie revolves around Illusion and tries to convey that the world is an Illusion. The director has expressed his confidence that the refreshing plot will be easily connected by the audience.

The film has SivaBalaji, Sidhu, Kranthi and Chinmayi in lead roles and is directed by debutant Mahesh Upputuri.Prasad Upputuri is the producer of the film and the film is expected to release soon.