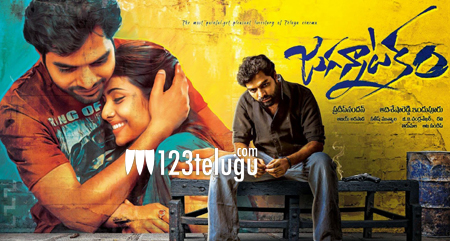 Yet another low budget flick which is set for a grand release soon is Jagannatakam. Starring Pradeep Nandan, Chandran, Sridhar, Abhinav Gomatam, Pooja Jhaveri and Ushasri, this film is gearing up for a March 13th release.

Based on a interesting theme, this film is directed by one of the leads Pradeep Nandan. Produced by Adi Sesh Reddy, this film has Ajay Arasad as the music director. Keep watching this space for more updates on this project.