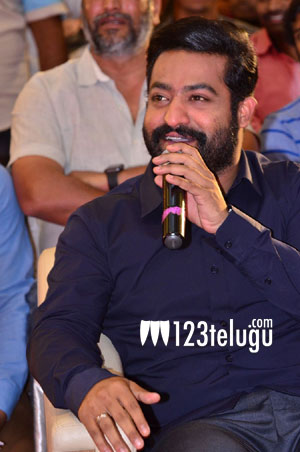 The audio press meet of NTR’s Jai Lava Kusa took place in style tonight. Nandamuri Harikrishna launched the film’s audio album at the event. Speaking on this occasion, the Young Tiger turned emotional and revealed his experience of working on the film.

The Young Tiger also said that Jai Lava Kusa’s story is quite special to him as he got to play three different roles in the film, which is quite rare for any actor. This Bobby directorial is hitting the screens on September 21.