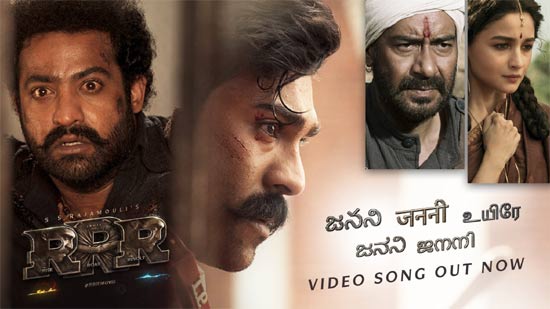 The song that everyone is waiting for is finally. Janani from RRR is out and the emotions of the film hit you hard from the first visual itself.

The tune composed by Keeravani is filled with patriotic emotion. Keeravani’s singing and chorus have been set up so well.

But more than the song, the painful visuals of all the stars impress you big time. The struggle for freedom and the way character is shown in pain is just terrific.

The song will surely be a big craze and give you more idea into the film. It will surely take the hype to another level altogether. RRR will release on January 7th and this song has set up things beautifully.