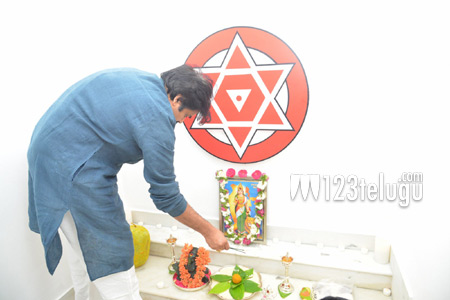 Numero uno film star and Janasena President Pawan Kalyan practices what he preaches. Pawan is a true patriot with secular values and he respects all religions. Pawan once again proved that he is a class apart during the inaugural ceremony of Janasena Party’s renovated office.