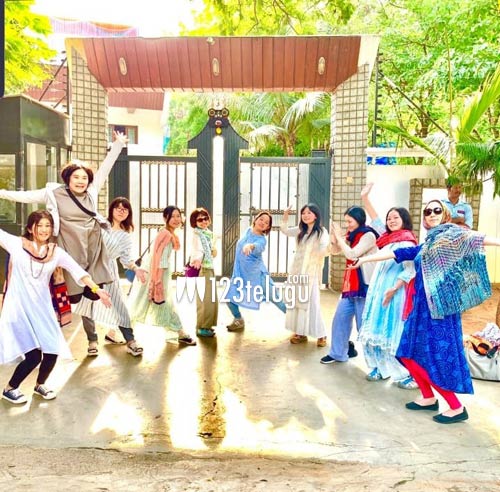 Ever since Baahubali 2 had a super hit run in Japan a couple of years ago, the craze for Prabhas among his Japanese fans has been growing with each passing day. In the past, fans had sent a huge package loaded with goodies to Prabhas and the Young Rebel Star stole their hearts in turn by sending them greeting cards during the New Year.

Now, taking their fandom to the next level, a group of diehard Prabhas fans landed in Hyderabad and went straight to the actor’s residence in Jubilee Hills. A photograph of these crazy fans posing in jubilation has been going viral on social media since afternoon. However, photographs of these fans meeting the Saaho star are not out in the open yet.