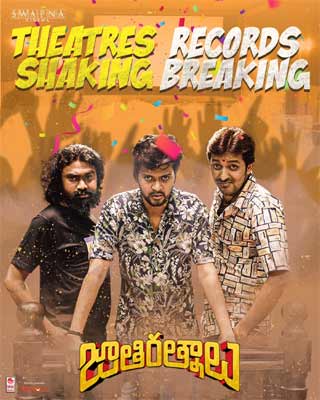 Jathi Rathnalu is a film that is in no mood to slow down. The film is doing well from day one and also passed the Monday test and made a share of 1.54 crores which is pretty good.

The morning shows had some dull occupancy but from the afternoon shows, the film picked up quite well and saw housefuls in the evening and night shows.

The makers are already in huge profits and the film will soon touch the 10 crore mark today or tomorrow. Anudeep directs this film that is produced by Nag Ashwin.