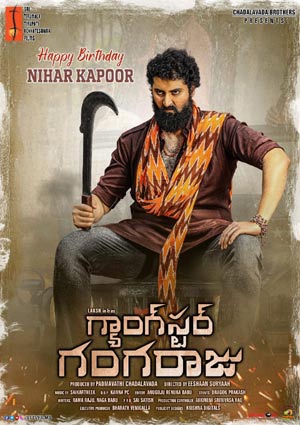 Senior actress Jayasudha’s elder son Nihar Kapoor is all set to make his acting debut. Nihar will be foraying into Tollywood with a negative role in the upcoming action entertainer, Gangster Gangaraju. Nihar’s first look poster was unveiled in his birthday, and he looks menacing as the villainous Badrappa.

Nihar followed his mother’s footsteps and entered politics by joining the ruling YSRCP in Andhra Pradesh a couple of years ago. He tied the knot with a Delhi-based marketing executive named Amrit Kaur in February last year. Incidentally, Nihar’s younger brother, Shreayan Kapoor, also made his acting debut with a film titled Basti a few years ago.