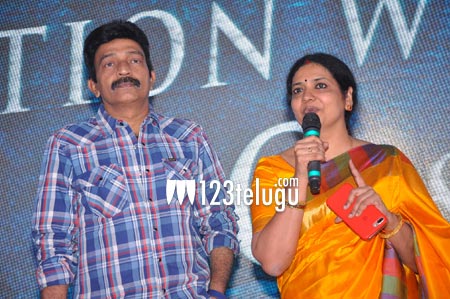 Rajasekhar’s Garuda Vega is one film which has created a huge buzz all over. The film is ready for a release this 3rd of November and the pre-release event happened today in Hyderabad.

Speaking at the event, Jeevitha Rajasekhar said that there is a wrong buzz that has been created about the film that it is has all financial problems and it will not release on the due date.

Jeevitha said that all these rumors are just false and the film will release on time without any problems. Garuda Vega is directed by Praveen Sattaru.