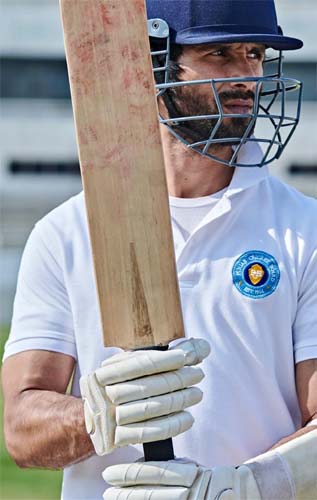 Jersy was a super hit film in Telugu with Nani doing the central role. Now, it is a known fact that Hindi star, Shahid Kapoor is doing the remake with the same title and the film is being directed by Gautam Tinnanuri who made the original.

Lockdown happened and changed things. But the unit dared the COVID and took the film on floors and completed it. The latest update is that Jersey will release on November 5th this Diwali.

Dil Raju is producing this film in Hindi and he has decided that Diwali will be the perfect release date. The film is a sports drama and has some noted faces doing key roles.