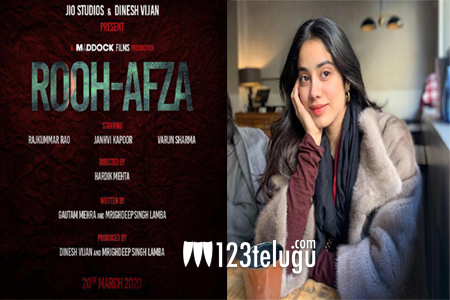 Jhanvi Kapoor is doing some really good films in her career. If one film is about a pilot who fought the Kargil war, the other is with national award-winning actor Rajkumar Rao.

The title of the film has been announced today as Rooh-Afza which is quite interesting and rhymes after a famous drink in India. Varun Sharma also plays a lead role in this film which is being directed by Hardik Mehta.

The shooting will begin soon and the film has been set for a release date of 20th March 2020.