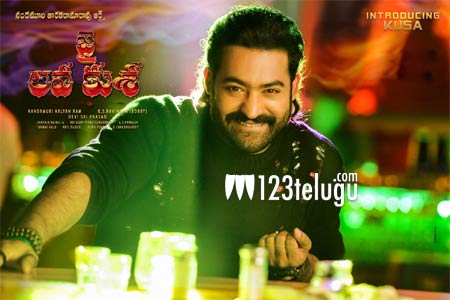 With NTR’s Jai Lava Kusa gearing up for release on September 21, the makers are leaving no stone unturned to meet the deadline. And at the same time, the promotional campaign has already in full swing with plenty of content making waves on the internet. The trailer alone has become one of the highest viewed trailers in recent times.

Meanwhile, buzz is that the final song that’s shot on NTR and Tamannaah is going to be a visual feast for NTR’s fans. This song wasn’t part of the album and so far no stills or teasers have been unveiled, and the team is hoping to surprise the audience. Talking about the song, Kona Venkat tweeted, “The best is yet to come.. 5th song of JLK is electrifying & it’s a killer .. @tarak9999 best look and best dance ever.. it’s unbelievable 👍👍.”

Now, we’ll have to wait and see what exactly has NTR done this time. Raashi and Nivetha Thomas have played the lead roles in this film alongside NTR. KS Ravindra has directed it, whereas Kalyanram has produced it.