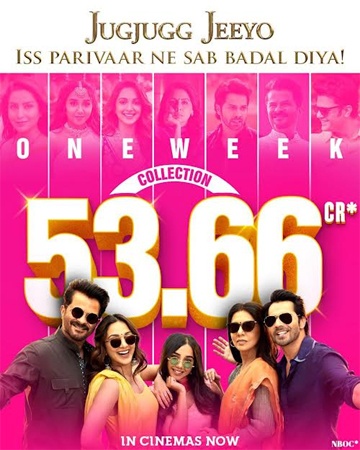 Jugjugg Jeeyo, starring Varun Dhawan and Kiara Advani in the lead roles, is doing well at the ticket windows. Directed by Raj Mehta, the family entertainer also has Anil Kapoor and Neetu Kapoor in prominent roles.

The movie has collected a decent total of Rs. 53.66 crores for one work. If the movie continues like this at the box office in the second half, the collections will be good.

Hiroo Yash Johar, Karan Johar, and Apoorva Mehta produced this family drama under Viacom18 Studios and Dharma Productions. The movie has Maniesh Paul, Prajakta Koli and others in supporting roles.