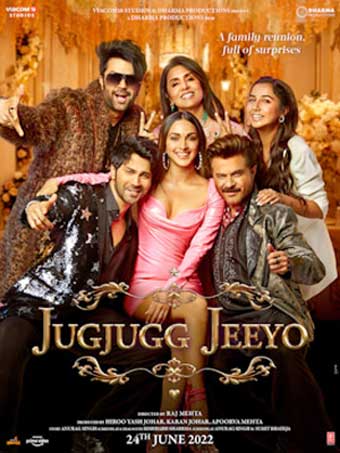 Jugg Jugg Jeyo is a Hindi film that had some big stars doing crucial roles in it. The family drama opened yesterday to decent reviews but the occupancy was dull in many areas.

The evening shows picked up and as per the trade, the film made 9 crores net on day one. The weekend collections will be key as the film’s pre-release business was locked for 110 crores.

By the looks of it, things will be very difficult for this film to stay afloat at the box office in the weekdays.

Karan Johar has produced this film which had Anil Kapoor, Neetu Singh, Kiara Advani, and Varun Dhawan in lead roles.