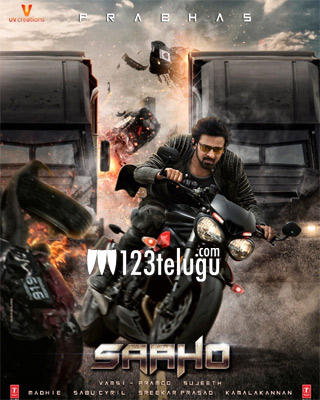 The teaser of Saaho is ready to take on the social media by storm as it will be released tomorrow. Now, the crazy report is that Prabhas himself has dubbed for the teaser.

This is the first time that Prabhas has dubbed for a Hindi movie. It is yet unknown whether he will dub for the entire movie or it is only for the teaser that he has done.

The sources say that the teaser is going to be explosive with a dash of humor and action sequences. The news is that Shraddha Kapoor is also given a lot of screen space in the teaser and will be shown in awe of Prabhas.

The actual plot of the film will be revealed in the teaser and some mind blowing action sequences especially a gun-firing shot from Prabhas is said to thrill the fans.

Sujeeth directs this film which has been produced by UV Creations.