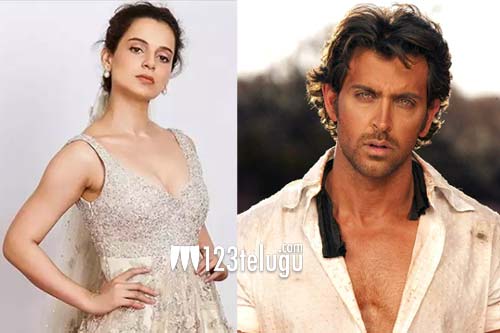 We all are aware of the controversy between Kangana Ranaut and Hrithik Roshan. Both the stars were in news for their relationship which later went wrong.

Things became so bad that the stars filed court cases and threw allegations at each other. Kangana went a step ahead and spoke directly to press about how Hrithik harrassed her and tried to create a downfall in her career.

Now that all those issues are closed, things have become exciting once again. The news is that Hrithik’s new film Super 30 and Kangana’s Mental Hai Kya will release on the same date of July 26.

Initially, Kangana’s film had other release date but now the makers have decided that it will come on July 26th along with Hrithik’s film.

Though there is no competition between the films, the media is loving it and is saying it will be an epic clash of the egos.