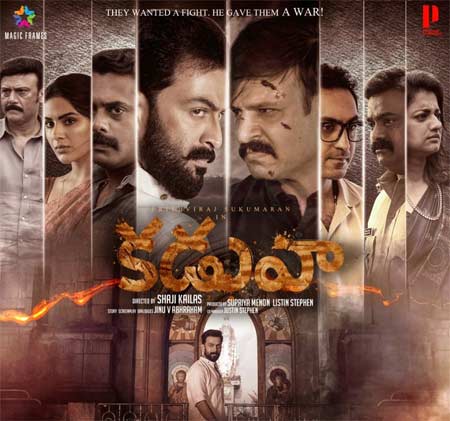 Kaduva starring Prithviraj Sukumaran, Vivek Oberoi and Samyuktha Menon was initially planned to release on June 30. The lead actor Prithviraj was seen promoting the film in various cities. But now the latest update is that the film will not be released as per the planned date. The new date for the film’s release is July 7. The actor took to his Twitter handle to share this news. It was mentioned that the film’s release was postponed due to some unforeseen circumstances and the actor apologised to his fans and distributors for the delay in release.

Kaduva is an action drama directed by Shaiji Kailas. The film was jointly produced by Prithviraj Productions and Magic Frames. Jakes Bejoy composed the music. The film will be released in Malayalam, Tamil, Telugu, Hindi and Kannada languages.