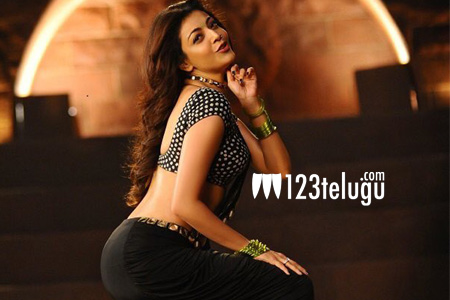 Kajal Aggarwal will be seen in an item song for the first time in her career in the upcoming film “Janatha Garage”. She has paired up with NTR for the song “Pakka Local”.

A pic from the song was released today on social media and it immediately caught the fancy of fans. Kajal is seen in quite a striking pose in this song.

The response has thrilled Kajal, who was initially a little apprehensive about the kind of reaction she would be getting from fans.