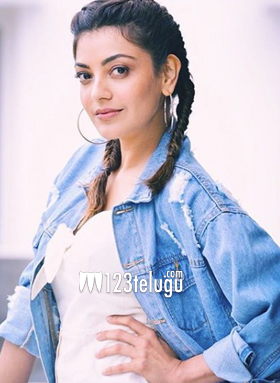 Kajal Aggarwal is one of the most popular actresses in the South today and her fan following on social media needs no introduction. While she is inching close to 2 million followers on Twitter, the actress has a massive 24 million likes on her Facebook page.

Now, the actress thanked her fans on Instagram after her profile crossed 8 million followers in a short duration. She is one of the most followed actresses from South India and Kajal has maintained an active presence on the photo sharing site over the past few years.

“Thank you for all the love, my 8 million strong insta family…I feel so grateful for all the comments, messages a d love pouring in. You guys are my mains!” Kajal said.

Currently, she is juggling between the sets of two her upcoming Telugu films and she is paired opposite Bellamkonda Sai Sreenivas in both the film. Later this year, Kajal will also be seen in Paris Paris, the Tamil remake of Queen.

Thank you for all the love my #8million strong insta family.. I feel so grateful and blessed for all the messages, comments, love pouring in. You guys are my mains! 💕 📸 @kishorekotumphotography