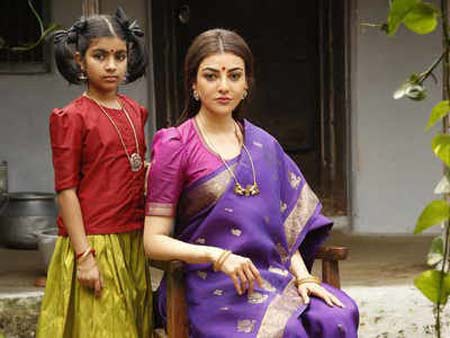 It is known that star heroine Kajal Aggarwal will be seen playing a mother to a young child in her upcoming Tamil film, titled Karungaapiyam. Interestingly, Kajal’s part in the film is set in the 1940s pre-independence era. The actress’ first look from the movie reveals her demure and traditional Tamil housewife’s avatar.

Karungaapiyam is a multi-starrer that also features Regina Cassandra, Bigg Boss Tamil fame Raiza Wilson, young Kollywood actress Janani and Iranian actress Noyrika in lead roles. While Kajal’s portions are set in the period time frame, the rest of the actresses’ episodes will be set in contemporary times. Karungaapiyam is being directed by Deekay.