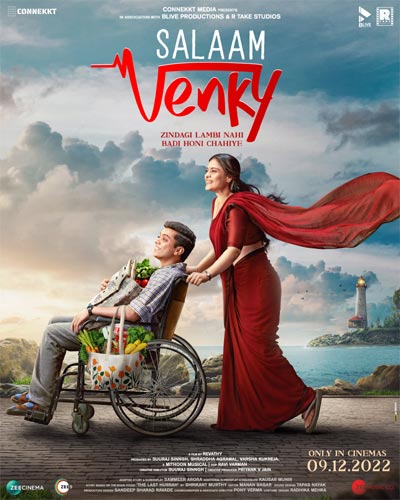 Bollywood beauty Kajol will be seen next in Salaam Venky, directed by the another actress Revathy. The first look poster of the movie has been unveiled and the trailer is also locked to release on November 14, 2022.

The makers have announced the same on their official social profiles. In addition, the release date is also announced by the team Salaam Venky. The flick will be out on December 9, 2022.

Vishal Jethwa is playing Venkatesh in this movie. Touted to be a true story, the film is bankrolled by Blive Productions and R Take Studios. Connekkt Media is the presenter of this movie, which is based on the book titled The Last Hurrah.

Ek Badi Zindagi ka Bada Celebration is about to begin!❤️ #SALAAMVENKY Trailer out on November 14th!