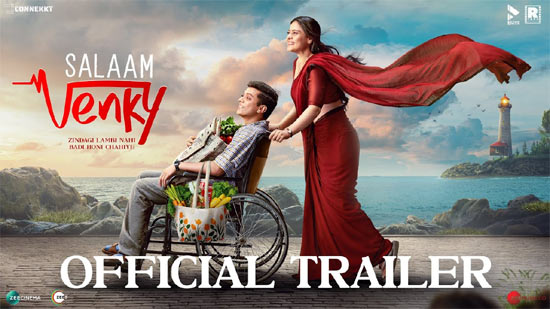 Bollywood beauty Kajol will be seen next in Salaam Venky, directed by Revathy. The first look trailer was released today and it looks quite emotional to say the least.

Kajal is seen as the mom of a young son who is suffering from health issues. The trailer shows the bond between life and hope and how the mom and son fight it out to the last breadth to make things work.

Vishal Jethwa is playing Venkatesh in this movie and he is superb in the promo. Touted to be a true story, the film is bankrolled by Blive Productions and R Take Studios. The last shot where Aamir Khan is also seen raises curiosity for the audience.

The family drama will be out on December 9, 2022. Connekkt Media is the presenter of this movie, which is based on the book titled The Last Hurrah.